People easily quote that their son or daughter can’t concentrate in studies, he/she’s absent minded or the same statement if any individual is unable to focus at their task.

There’s a difference between the interplay of words where ‘absent minded’ refers to people who can’t focus at anything. There’s a term called ‘absorbed’ where the individual is so lost or engrossed in his thoughts that they’re unable to concentrate at the moment. Then comes ‘abrupt’ which implies the individual is physically present but mentally absent. They often have to be transported to the physical world by some means. Stress is also not a less known sedentary lifestyle disease today. There are endocrine disorders which makes you forgetful and you’re unable to focus on one thing and even can’t figure out your last placed thing. If such things happen to you too, you need to consult a doctor.

There’s a cure for everything which works with therapeutics as well as counselling of the individuals.

Agnus castus- Individual is absent-minded, there’s reduced power of insight; can’t recollect; has to read a sentence twice before he can comprehend

Nux moschata- Absence of mind;can’t think;indifference to everything. Weakness or loss of memory. Vanishing of thoughts while reading,uses wrong words,doesn’t recognise well-known streets.

Hi, I'm Dr. Sarbpreet Singh. What would you like to consult me for? 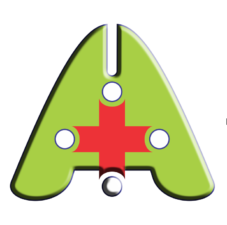